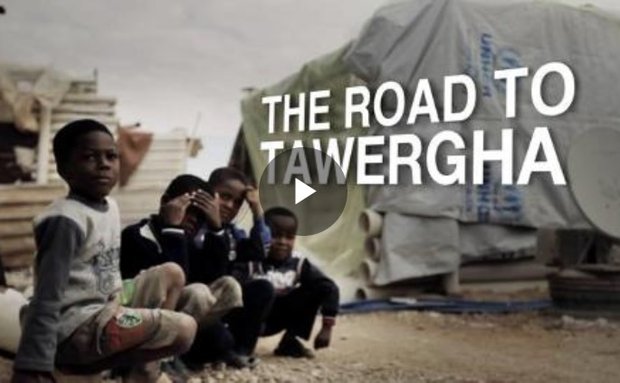 EDSP ECO has established the Tawergha foundation to support the Tawergha Youth Organization. The following objectives are pursued:

Advance the return of the refugees from Tawergha to their village.

Create awareness inside and outside Libya for their situation.

Provide development for the population of Tawergha through training and courses.

Promote employment and self- sufficiency for the people of Tawergha.

Obtain justice and compensation for the victims from Tawergha.

Find out how you can help today:

Tawergha is a traditional Libyan village located at a green oasis near the city of Misrata.

In 2011, the village was raided by rebels and militiamen from Misrata who imprisoned and brutaly tortured  1300 men, many of whom were massacred as they needed black scapegoats for the crimes committed by the regime of Gaddafi during his attempt to end  the #feb17 revolution.

The town of Tawergha was ethnically cleansed and the 40,000 inhabitants were violently evicted by Misrata rebels.

In the refugee camps the population of Tawergha where easy targets and fair game. The militia members from Misrata had no problem with entering the camps while randomly shooting people without sparing the lives of women and children or the elderly and then abduct boys and men for torture.

Since 2011 all known Human Rights Organizations have written extensive and many outraged reports about their fate and as a result after a near decade of  endless rasist persecution,  torture and murder the inhabitants of  Tawergha finally are allowed to go home.  But not after they where once again stopped by  and shot at by Misratan militia.

Home isn't what it used to be as the militia's from Misrata have blown  up most of their houses, the shops were looted and set on fire and  the infrastructure and community buildings destroyed.

Since the summer of 2018 only a hundred families have managed to return and only since the end of 2018  electricity was restored to a couple of buildings.

We can't understand and will not tolerate that the families from Tawergha have been suffering for many years without hope of returning home.

We are responsible for their situation today as we put them there by assisting the militiamen from Misrata with our NATO intervention.

The youth is the future backbone of a society and the youth organization for Tawergha was established for the boys and girls from Tawergha to benefit from advances in Libya so that they can contribute to the rebuilding of their village and country.